Can Cannabis Be Used to Treat Depression?

Recent research has made a connection between depression and abnormalities in the body’s endocannabinoid system. Now scientists are exploring if cannabis is a viable treatment option.

Depression is a common mood disorder that makes life very difficult for patients and the people close to them. It affects 6.7% of all American adults1 and 5.4% of Canadians over the age of 152. Depression is defined by feelings of sadness, emptiness, and loss of interest or pleasure in everyday activities. It brings problems with concentration and decision-making, and alters basic processes such as movement (patients can become extremely lethargic or restless), appetite (over-eating or excessive weight-loss) and sleep (extreme fatigue or insomnia)3.

Antidepressants are often prescribed, however, they only work in 60-70% of patients4. Depression tends to be chronic (long-lasting), and although individual episodes of major depression tend to only last two weeks, it’s very common for people who’ve been depressed to suffer recurrences and relapses5.

In recent years, research has found that abnormalities in the body’s endocannabinoid system (ECS) is involved in the development of depression. So, scientists are exploring how they can modify the ECS to treat depression using human-made or plant-derived cannabinoids, such as those found in cannabis. 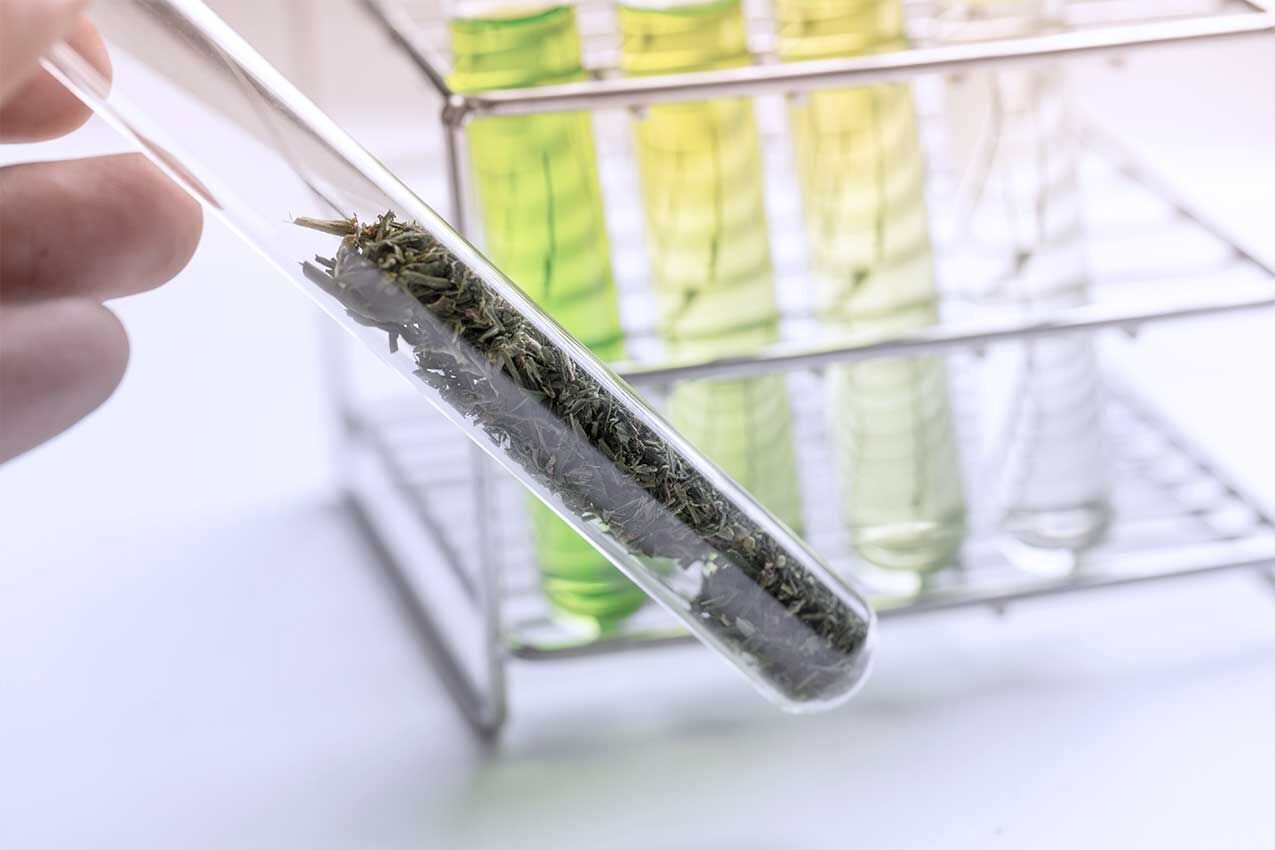 Defects in the Endocannabinoid System (ECS) Are Associated with Depression

Evidence from human studies suggests that problems with endocannabinoid signalling may be involved in depression. This evidence includes:

● One study found that women who had major depression had less 2-AG (one of the significant endocannabinoids) than healthy women9. Another found that the longer the depressive episode a patient was in, the less 2-AG she had in her body 10.
● Intense social stress affects 2-AG in depressed and healthy people11
● Depressed patients have less active cannabinoid receptors (CB1) in an area of the brain that is important for clear thinking12.
● Researchers noticed that a weight-loss drug that slows down the CB1 receptor increased the risk of depression13
● Genetic studies found that people with certain variations of the genes that develop CB1 receptors were more likely to become clinically depressed after a difficult life event 14, and were less likely to get relief from an antidepressant medicine15
● Differences in two genes (CNR1 and the FAAH) which develop a protein used by the ECS were also connected to a greater risk of major depression16

Learn More: A Medical Introduction to the Endocannabinoid System

Can Cannabis Be Used to Treat Depression?

Knowing that abnormalities in the ECS play a role in depression, scientists are exploring whether synthetic or plant-derived cannabinoids, such as those found in cannabis, could bring patients relief.

Most of the research on cannabis and depression has been done on animals, with very few studies done on humans so far.

The ECS is also involved in animal models of depression. For example, exposing rodents to chronic mild stress affected their 2-AG and CB1 levels17. Also, deleting the gene that develops CB1 receptors in mice made them show signs of depression and anxiety18.

The two major cannabinoids from the cannabis plant, THC and CBD, have both demonstrated antidepressant actions in animals19 20. These studies were done using a forced swimming test (FST), which is a common way to test antidepressant medications on animals21.

The FST is done by placing mice into a cylinder of water, where they cannot escape and must continue swimming to survive. Usually, the mice show despair and stop trying to swim within a couple of minutes. But if an antidepressant drug is effective, they keep swimming for longer 22. Mice treated with either THC or CBD try harder to escape their situation, like mice treated with antidepressants2324

Because THC produces a “high” and CBD does not, most cannabis research is done with CBD 25. CBD has also shown benefits for other psychiatric disorders, such as anxiety. 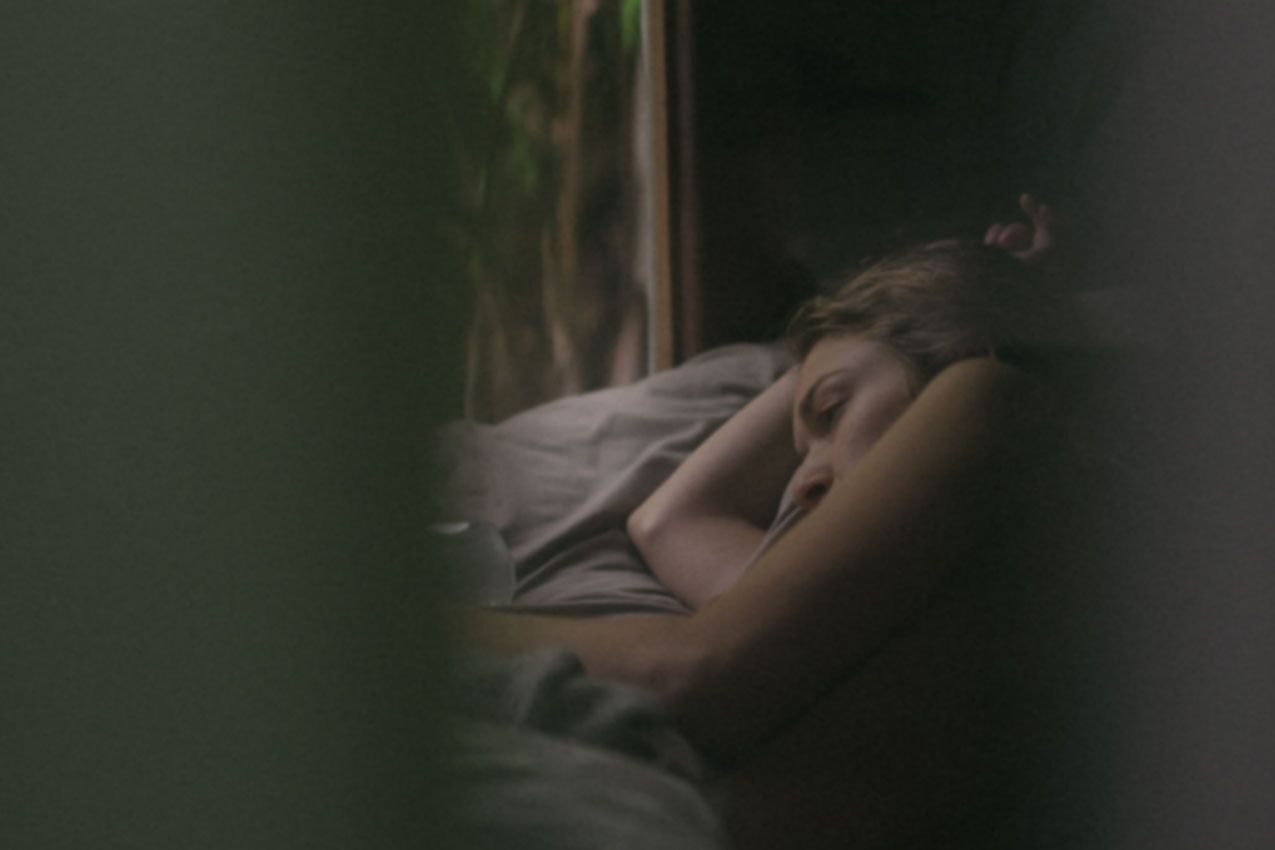 Few human studies have explored the effects of cannabis on depressive symptoms.

There were some early trials in the 1970s that used26 THC to treat eight depressed patients, but they failed to show a significant antidepressant effect. No further clinical trials seem to have been done.

Instead, anecdotal reports (gathered stories) suggest that some people use cannabis to effectively treat their depressive symptoms27 28 29. Recently, a review found30 seven studies with evidence that medical cannabis improved depressed mood. Further, recent research reported that medical cannabis users felt a 50% reduction in their depression, with high CBD/low THC strains producing the largest improvements31. However, the same study reported that the cannabis users’ baseline symptoms of depression got worse over time, which means that while cannabis helped people feel better in the short-term, long-term use could make their depression worse.

Despite the growing knowledge of mood disorders such as depression, a high percentage of patients don’t respond to antidepressants. We know that the endocannabinoid system plays a key role in emotions and thinking, and both animal and human studies suggest that abnormalities of the ECS are involved in the development of depression. This is why researchers are exploring strategies based on drugs that modulate the ECS (synthetic and plant-based cannabinoids) to treat depression.

Although there is no human-study evidence that cannabis or cannabinoids can treat depression, both THC and CBD have shown antidepressant activity in animal studies. Many people say they have used cannabis to relieve their depressive symptoms, however, chronic, long-term use has been proven to make depression worse. Therefore, the science behind using cannabis to treat depression is unclear, and researchers will need to do large clinical trials to evaluate cannabinoids as a potential anti-depressant therapy.

[1] Administration SAaMHS. Key Substance Use and Mental Health Indicators in the United States: Results from the 2016 National Survey on Drug Use and Health. Rockville, MD2017.

[29] Cuttler C, Spradlin A, McLaughlin RJ. A naturalistic examination of the perceived effects of cannabis on negative affect. Journal of Affective Disorders. 2018;235:198-205.

[31] Cuttler C, Spradlin A, McLaughlin RJ. A naturalistic examination of the perceived effects of cannabis on negative affect. Journal of Affective Disorders. 2018;235:198-205.