For many Canadians who suffer from complicated pain, cannabis offers precious relief. But many curious sufferers are hesitant to ask their doctors because they’re concerned about intoxication. In this article, real-life patients share tips on how they use THC, CBD and various product types to ease their pain, get the sleep they need and function in their daytime life.

Cannabis science is expanding quickly, erasing the stereotypes of “couch-locked” consumers and educating the curious about the beneficial properties of the plant. For patients with difficult-to-treat chronic pain, cannabis has become a life-changing source of relief.

Historians trace the use of cannabis for pain management as far back as ancient Chinese texts from 2900 B.C.1 In the months after cannabis was legalized in Canada, over 1,000,000 people reported that they used cannabis for medical reasons. Many more are curious about it’s potential as a safe, effective and natural alternative to standard medications.

According to a 2017 study, “Pain motivates greater than 50% of all annual physician visits.”2 In 2018, researchers at McGill University reported that CBD was a safe alternative to opioids for many forms of chronic pain, including back pain, sciatica, diabetic, cancer or post-trauma pain.”3

Another type of pain that cannabis has some success with is neuropathic pain. Caused by damage to the sensory nerves, it is notoriously hard to treat. In this video, Dr. Jamie Cox tells what happened when a patient with trigeminal neuralgia tried cannabis.

One specific kind of neuropathic pain is migraine disorder. Kevin, 39, suffers from Cluster Headaches, a more severe migraine-like condition that only affects about 1 in 1,000 people. Every couple of years he is thrown into a cycle of attacks that last, on average, for three months. Within that three-month cycle, he gets anywhere from 5 to 10 crippling headaches per day. This has been happening since he was a teenager. For chronic sufferers (those who don’t get them in cycles as Kevin does) they have a nickname: “suicide headaches.”

“It feels like I am being stabbed in my left temple, and like someone is pulling my eyeball inside my skull, and my left upper jaw and teeth feel like they’re going to explode,” he explains. “You can’t sit still. I am up rocking back and forth or pacing around the room in pain.” 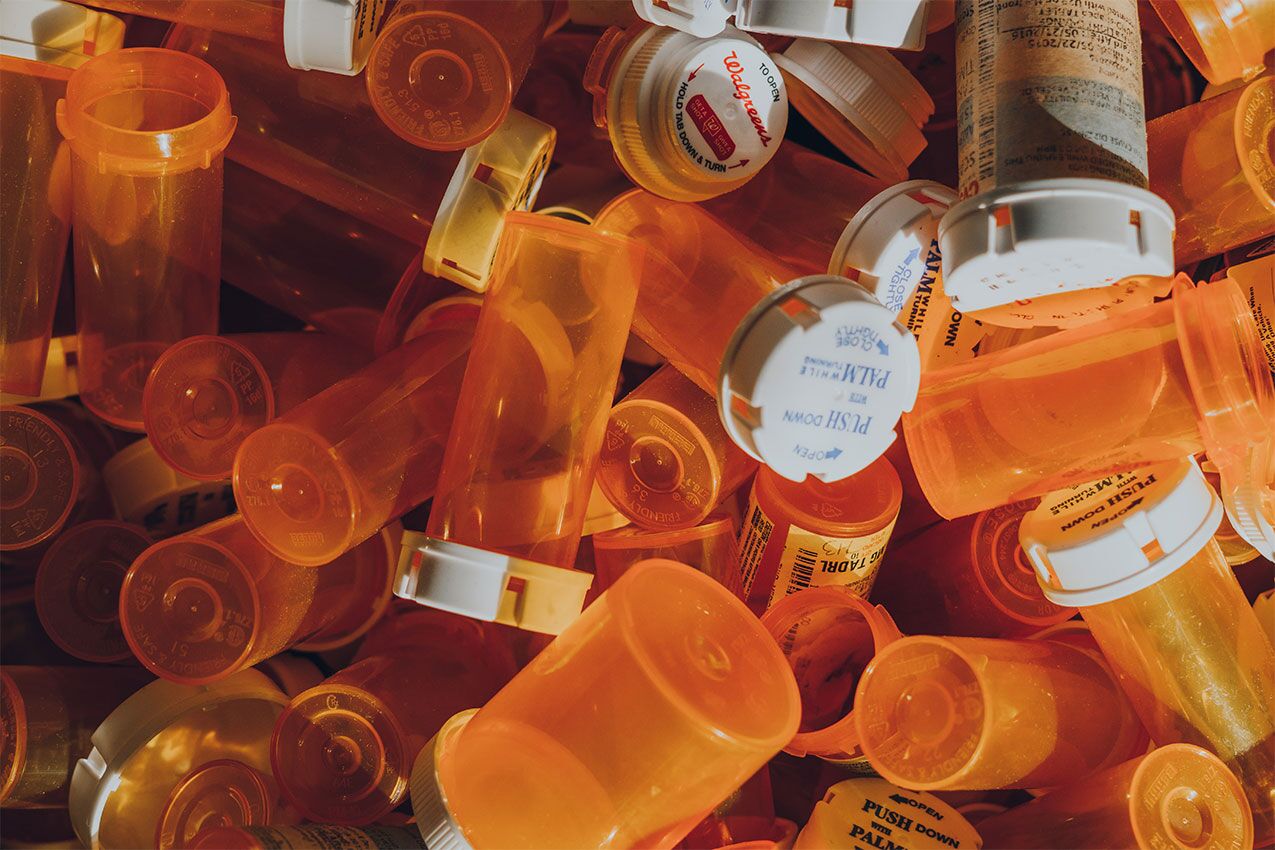 Over the years, he’s tried many methods of pain management. Before he was diagnosed with cluster headaches, he was treated with triptans, a common migraine medicine that activates serotonin receptors. “They do OK for stopping the pain, but the amount I would need to get through the nights, weeks, or months is not healthy,” he says. Triptans cause a narrowing of the blood vessels in the brain. While adverse reactions are rare, these drugs are not recommended for people with cardiovascular issues, or who are taking other serotonin-modulating compounds, such as anti-depressants. The most common side-effect is the increased frequency of migraines4.

For Kevin, a game-changer was learning about oxygen therapy for his condition. He keeps an oxygen tank by his bed and straps on the mask as soon as he feels an attack coming on. “It will usually knock the attack out in 10-15 minutes and is always my first line of defence now because it’s safe and not pharmaceutical.”

Along with this and other preventative medications, Kevin uses cannabis products to help him manage pain through the day and night. During one of his cycles, he uses CBD oil daily before bed and in the morning to handle pain. When going through sleepless nights, he also smokes a high-THC indica strain to quiet the pain enough to let him catch up on sleep during the day. He found CBD oil to be the most effective for him because he can use the non-psychoactive oil during the day and remain alert when he has to go to work. He also notes, “the effectiveness of the oil versus the dried leaves lasted longer—better for overnight.”

While the introduction of oxygen to his pain routine a decade ago was an improvement, he says, “CBD is an even bigger breakthrough. An absolute game-changer. It was more than just managing the pain. The last cycle I had was shorter by about a third of the time (two months instead of three) and the pain was roughly one third less than I have experienced in the past.”

Sara, 28, injured her back skiing when she was a teenager, and that injury has continued to cause her sciatic issues to this day. The pain, which she describes as shooting from her upper thigh into her mid-back, can make it hard for her to sit for long periods at her office job. “I do a lot to mitigate the worst of it by taking frequent breaks, going for walks and doing yoga,” she says. But strolls and stretching aren’t enough.

“For me, edibles are the most effective,” she says, for when the pain is at its worst. “But I can’t eat a brownie and go about my day.” On those painful days when she still has to go into work and get things done, she relies on vaporizing CBD oil. “I find it’s the most efficient and fast-acting way to get the CBD working in my system,” she says. Her routine on those days is to wake up and vape to get the pain management started while she gets ready for work, then she does some micro-dosing (small doses) over the course of the day. When she gets home, if the pain has gotten worse—“radiating from sitting too much”—she will consume a homemade edible that’s higher in THC. “That pretty much numbs out the pain enough so that I can sleep.”

Whether creating a daily routine to manage chronic pain or engaging with a more in-depth program, for many pain sufferers, cannabis products contribute to more comfortable and manageable days without stopping them from living their lives.