Taking a Break: On Cannabis Tolerance and the Benefits of Staying Away for Awhile

Note: If you’re using cannabis to treat a specific condition with a prescription, please talk to your doctor before taking a tolerance break or dramatically adjusting your dose.

Why Would Anyone Take a Break From Cannabis

Since the late 2000s, cannabis science has exploded. The world has come to know this plant as a powerful treatment option for a variety of conditions, and many now trust it to work harmoniously with our bodies. Thanks to more than a decade of legal medical use and research, we have evidence to back up the powers of plant-based cannabinoids, especially THC and CBD. We know they can help us manage pain, stress, inflammation, and appetite. A lot of people rely on cannabis daily to help cope with debilitating issues like migraines, insomnia, PTSD, AIDS, and cancer treatment. Our cannabis can help relax, rest and restore.

But in spite of these impressive benefits, one drawback can complicate the picture: over time, some people find that the effects of cannabis taper off. This isn’t a universal experience; many people report years of consistent use without a disappointing fade. This seems to be one of the many areas where individual physiology can produce widely different results from cannabis use. If you haven’t had to increase your dose or seek out progressively stronger strains, you may not be prone to developing tolerance.

Dr. Jamie Cox, the Chief Medical Officer at Sundial, practiced medicine for years helping patients use cannabis to treat PTSD, the side-effects of cancer treatment, and chronic pain conditions such as arthritis. He noted that tolerance was not a big issue in his practice.

“In my experience, clinically, I haven’t seen that so much,” he said. “What I found is that when people hit what I used to call the ‘sweet spot,’ which means how much they take, how are they taking it, and when are they taking it, when they’ve been able to achieve that level of stability, I’ve seen people go for over three years without symptoms reverting back to where they were.

If you’re lucky enough to fall into the group that finds the sweet spot with your cannabis and you get to stay there, enjoy it. If not, don’t worry. There’s a way to rekindle the magic.

CBD used to be considered “tolerance proof,” but new evidence shows that even CBD-only treatments can have benefits taper off.

If you no longer get the same relief that you used to or need progressively more cannabis to maintain control of your symptoms, you may be one of the many whose bodies get desensitized to the effects of cannabinoids. Industry experts say that the reason that modern strains have become astoundingly potent is that today’s market has built up major THC tolerance. A recent review of studies found evidence that with frequent use, our brains can become desensitized to THC1.

Is Tolerance an Issue for CBD?

CBD used to be considered “tolerance proof,” but new evidence shows that even CBD-only treatments can have benefits taper off. A 2018 study found that for one in three patients with epilepsy, doctors had to increase the dose of CBD by at least 30% to maintain control of seizures. The effectiveness of the initial dose dropped noticeably after an average of 7.3 months of regular use. Just like with THC tolerance, CBD tolerance is not universal. The one-in-three finding is significant, but it also means that not everyone experienced it.

If you feel like you no longer get relief from your CBD treatment, it may be comforting to know that it’s not all in your head, and you’re not alone. Although it is yet to be confirmed systematically, many online cannabis discussion forums contain anecdotal reports of people getting desensitized to CBD. Like a lot of cannabis science, more research is needed (and already underway).

Does Cannabinoid Tolerance Mean That I Should Go Back to Traditional Meds?

Some critics of medical marijuana complain that this tendency to fade makes cannabinoids a poor choice for long-term treatment. But cannabis supporters point out that many traditional medications also produce tolerance, and their fading is much more intense. Painkillers such as morphine and oxycodone, tranquillizers such as Valium and Xanax, and even antihistamines like Benadryl all become less effective with regular use. Considering that cannabis treats many chronic issues with less tolerance and significantly fewer side effects than traditional meds, it’s easy to see why cannabis experts consider it a better option.

When it comes to pain control, Dr. Cox is disturbed by the continuing trend for doctors to prescribe narcotics long-term.

“The number of people I took off of narcotics was significant. I had the one patient, he was taking almost two hundred and eighty milligrams of oxycontin a day. That’s a high dose. You’re talking about tolerance, there’s a huge tolerance. The body actually gets used to narcotics, and people keep taking more and more. That’s why you get all these problems with addiction, and everything else. I haven’t seen that level of tolerance in cannabinoid products, where, all of a sudden you need a gallon of CBD versus a couple cc’s.”

Cannabis Tolerance Is Not All “In Your Head”

If you’re feeling like you’re getting less bang from your bong, it’s not just a subjective feeling. Evidence says that cannabis tolerance is an adaptation in our organs and tissues. Studies have measured the changes that happen as our bodies adapt to having cannabis in our system. They’ve found that some people get less sensitive to certain effects of cannabis with regular use. For example, regular users seem to have an easier time sustaining attention, remembering new information, and dealing with anxiety when they’re “high” compared to infrequent users who’ve taken the same dose. Other studies have looked at biological responses and noted that regular users don’t experience such a drastic increase in heart rate, changes in EEG signals (electrical impulses that regulate heart function), or changes in hormones like cortisol and prolactin. Experiencing less trouble from these side effects is the small silver lining to developing a tolerance. 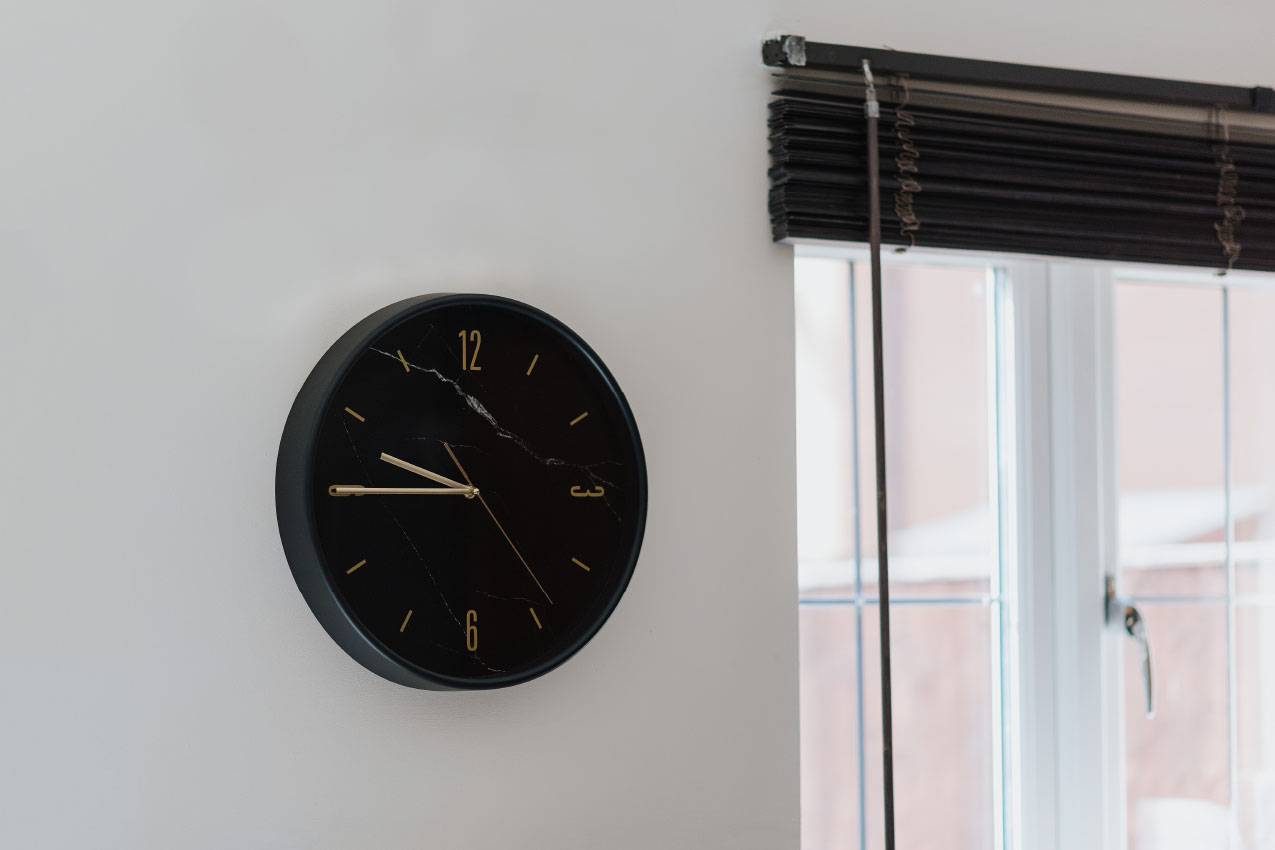 But the Problem Remains: How to We Hang Onto the Good Parts?

To figure out how to overcome tolerance, researchers had to look at how our body adapts to regular cannabis use. They found that over time, regular users' bodies change in two areas: neural cells and liver metabolism.

● Neural Cells: the neural receptors that bind with cannabis (CB1 for THC and CB2 for CBD) get desensitized to cannabinoids. The body develops fewer receptor sites to receive the drug, and the existing receptors respond more sluggishly2.

● Liver Metabolism: the enzymes in the liver that break down cannabis get faster at metabolizing and clearing it from our body. Fewer cannabinoid molecules make it to the receptors to bind with them.

The findings made researchers wonder if these changes were reversible.

Before you start to worry that cannabis has irreparably transformed your physiology, there’s one more thing you need to know: the changes are reversible.

You just have to take a cannabinoid break (some people call this a “tolerance cycle”).

A 2017 study established that the desensitization and downregulation of CB1 receptors starts to reverse within two days of abstinence, and regular functioning of the endocannabinoid system is usually restored within four weeks of laying off cannabis3.

That might seem like a long time, especially if you're looking at a month without good sleep, a break from distressing flashbacks, or some distance from chronic pain. Even if you only use cannabis to relax at night or recreationally, the prospect of losing your favourite self-care routines can be stressful. 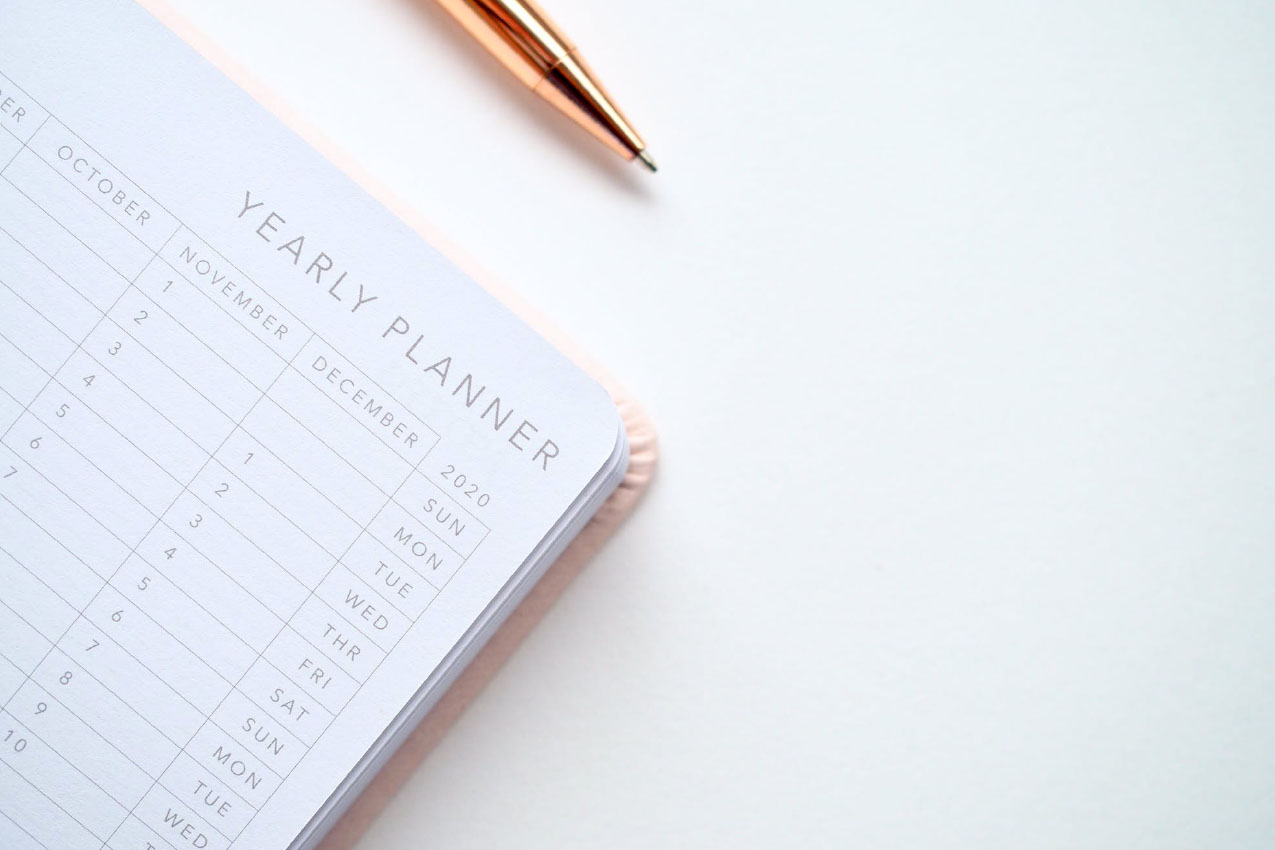 What’s It Like to Abstain From Something That Makes You Feel So Much Better?

The most common complaint at the beginning of a tolerance break is sleep disturbance. However, for most people it’s bearable. They may have trouble falling asleep and have more frequent and vivid dreams, but the situation is usually short-lived. Most report that their sleep issues are mild and resolve within a week or so.

Some people report feeling irritable or anxious for the first 2-5 days. This can be from a mix of things: the discomfort of missing your regular rhythms, plus a temporary dip in the “feel-good” dopamine activity in your brain. Sometime between weeks one and two, these feelings should smooth out as your body adjusts to a new normal. The sensation of sorely missing your sessions will likely fade away, and your sleep and mood will recalibrate.

The Ups and Downs of Completing a Tolerance Break

The biggest payoff for withholding your weed is re-sensitization: all of the effects you’ve come to enjoy or even depend on will return. When you re-introduce cannabis to your system, it’s a very important time to start low and go slow—your ability to handle high doses should be reduced, similar to when you were a new consumer. Take your time and tune in to how your body feels and responds.

One study on cannabis withdrawal suggested that doctors and researchers should explore behavioural approaches to help patients cope with the difficult adjustment period. Things like exercise, counselling, and education about what to expect and how to care for yourself can make a big difference. These acts of wellness can turn into routines and become a gift that keeps on giving long after the tolerance break ends.

For sleep difficulties, which seem to be the most common challenge of tolerance breaks, Dr. Cox recommends creating some soothing routines at bedtime. “Keep your room dark. Keep your temperature nice. No loud noises. Don’t drink a lot of caffeine before you go to bed. Maybe have some soft music on. Aromatherapy. Any of the other traditional methods to relax your mind and body.”

What Should I Do if I’m Using Cannabis to Cope With a Debilitating Condition?

Dr. Cox noted that some of his patients who were coping with extremely difficult conditions couldn’t bear to take a break from their cannabis.

“Say someone with PTSD: they’re stabilized on the product, and they’ll be doing really well, but if they go away, say overseas, where they can’t take the cannabis with them, what happens is after a couple of days, their symptoms start coming back. Some of the vets that I’ve seen with PTSD, they just won’t leave the country anymore. It’s not worth it to them. They just feel too horrible.”

If you feel like your debilitating condition is becoming less responsive to your cannabis medication, or if you’re facing a period where you know you’ll be forced to take a break, make sure to talk to your doctor. Together, you can make a plan to adjust your treatment temporarily so you can continue to live with the peace of mind and health that you deserve.

Although cannabis collaborates with our bodies in complicated ways, it creates a powerful partnership. The more we learn about the science behind cannabis, the better we can manage our wellbeing and maintain our health on our own terms.

[1] Colizzi M, Bhattacharyya S. Cannabis use and the development of tolerance: a systematic review of human evidence. Neuroscience & Biobehavioral Reviews. 2018; 93: 1–25