Nearly half of Canadians will be diagnosed with cancer at some point. It's an awful disease that comes with a lot of terrible symptoms. Can cannabis help? The science says for some, it can.

Cancer is a major cause of death worldwide. In Canada, nearly one in two Canadians will be diagnosed with cancer, and one in four will die from it. The most common types of cancer are lung, colorectal, breast and prostate, which account for half of all cancers diagnosed in Canada1.

How we treat cancer depends on many factors. Some of these include the type of tumour, where the tumour is located, a patient’s history, and the stage of cancer. For many patients, chemotherapy is an effective and key element of treatment—it kills cancerous cells and tissues. Unfortunately, it also kills healthy cells and tissues, and because chemotherapy is so aggressive, it comes with a lot of miserable side effects, like nausea, vomiting, diarrhea, damage to the digestive tract, nerve pain, hair loss, and chronic fatigue.

There are several drugs used to reduce the side effects of chemotherapy, but in some cases, the side effects of these drugs are so unpleasant, they stop the patient from sticking to their treatment program. Many people view cannabis as a gentler alternative, and researchers are exploring the ways it can help patients manage symptoms related to cancer and chemotherapy.

The nausea and vomiting related to chemotherapy is a significant problem. Up to 75% of all people with cancer experience this side effect2. It’s so unpleasant, it can lead to depression, anxiety, a lower quality of life, and make people want to quit their treatment.

There are two drugs based on cannabis components that have been approved to treat chemotherapy-induced nausea: dronabinol (brand name Marinol®), and nabilone (brand name Cesamet®). Dronabinol is a synthetic version of THC, and nabilone is a synthetic compound similar to THC. Several clinical trials found that patients receiving cannabis-based medicines experienced less severe nausea and vomiting compared to patients who received a placebo3. They also found dronabinol to be about as effective compared as ondansetron, a standard drug used to treat nausea and vomiting in cancer patients4. The results of these and similar trials ultimately led to the approval of Dronabinol and Nabilone for clinical use, however, Dronabinol appears to no longer be sold in Canada (post-market discontinuation of the drug product as of February 2012; not for safety reasons).

Both drugs are typically taken one to three hours before chemotherapy to give them time to work. In comparison, inhaled cannabis works within minutes. This may be one reason some patients prefer treating their nausea by smoking or vaping the plant rather than taking synthetic versions5 6.

Although there have been many studies on synthetic cannabinoids, there have been few scientific trials to measure the effects of smoked cannabis on chemotherapy-induced nausea and vomiting. The studies that have been done have yielded mixed results. One reported that smoked cannabis was effective at reducing nausea and vomiting in 14 of 15 patients when compared with a placebo7. Two other studies reported either minimal effects8 or no effect at all9.

A medicine based on whole-plant cannabis, called nabiximols (brand name Sativex®), has also been tested as a treatment for chemotherapy-induced nausea and vomiting10. Nabiximols contains a mixture of THC and CBD in an approximate 1:1 ratio. Several patients who weren’t getting relief from standard nausea and vomiting treatments were given nabiximols in addition to their standard drugs. Compared to patients that received the placebo, the combination of nabiximols and the standard drugs gave better results. As with many areas of cannabis research, more study is necessary and already underway11. 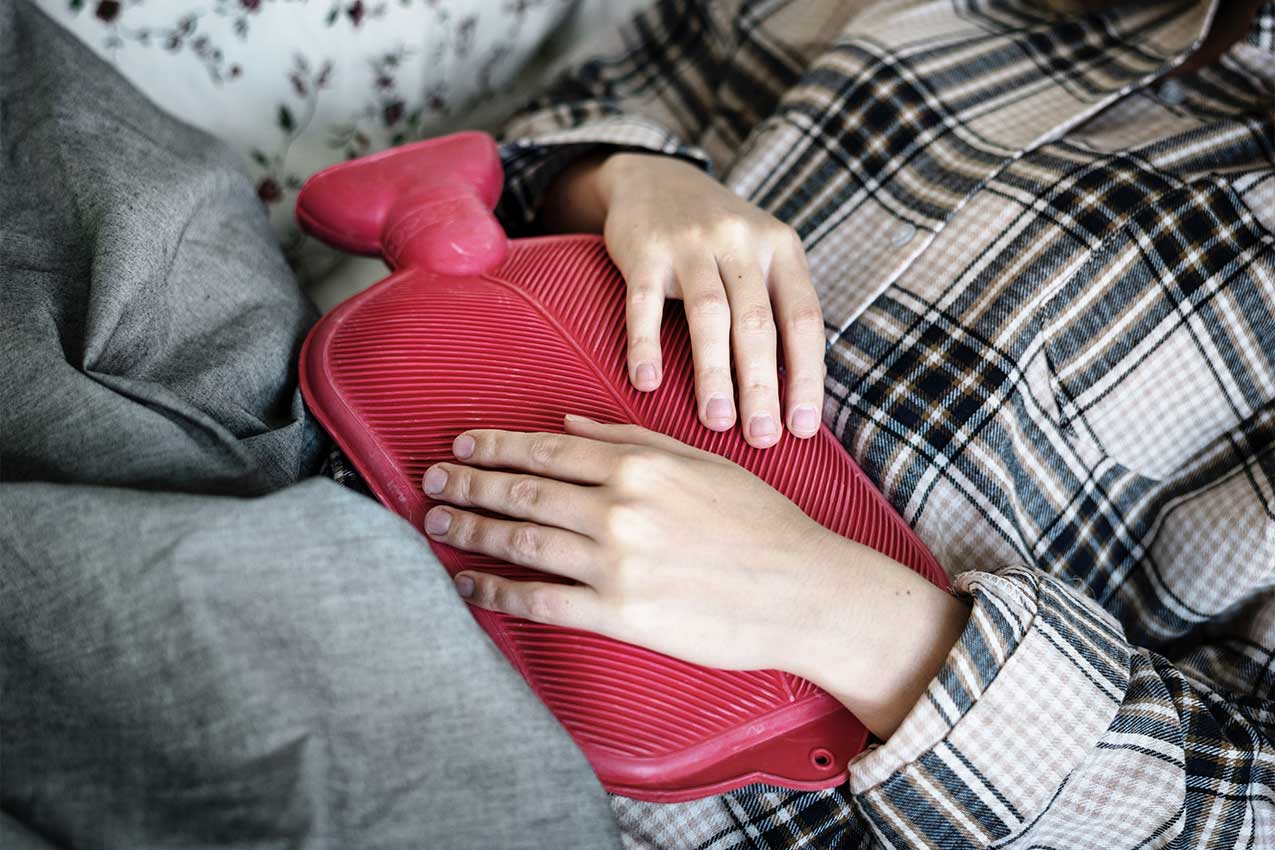 Anorexia (loss of appetite), early satiety (feeling of full before you’ve had enough to eat), and weight loss are other symptoms faced by cancer patients, particularly in more advanced stages of the disease. The appetite-stimulating abilities of cannabis are well-known for recreational users, and may be helpful to cancer patients.

In several clinical trials, dronabinol increased the appetite of cancer patients and helped to slow down their weight loss better than a placebo12. However, compared to megestrol acetate, which is the most extensively studied treatment for cancer-associated anorexia and weight loss, dronabinol was not as effective. In one study, 75% of cancer patients treated with megestrol acetate reported appetite improvement and weight gain compared with only 49% of patients treated with dronabinol13.

Currently, dronabinol is only approved to treat anorexia and weight loss from HIV/AIDS. It has been shown to cause significant weight gain in these patients14 15.

Medical Cannabis Shows Promise as a Treatment for Cancer Pain

Cancer pain results from both the cancer itself and cancer-related treatment. The pain can be caused by inflammation, damage to bone or other pain-sensitive structures, or nerve injury. The pain is severe, long-lasting, and rarely responds to treatment with opioids, the most powerful conventional painkilling drugs16.

There is strong evidence from several studies that cannabis can be effective at relieving chronic pain in adults. Neuropathic pain, which is caused by damage to the sensory nerves, is a common component of cancer pain, and is one condition that can sometimes be improved with cannabis17. Early studies using dronabinol showed it reduced pain in patients suffering from continuous, moderate-to-severe pain in advanced stages of cancer. These studies found that relatively high dose levels provided moderate to significant pain relief, but at the higher doses, patients felt more side-effects18 19. More recent studies looked at the pain-relieving effects of nabiximols, particularly for cancer-related pain that wasn’t responding to opioid therapy. Results of these studies have been promising, including one study where the group receiving nabiximols got better pain relief than the placebo group, with twice as many patients saying it reduced pain by 30%20.

Several other studies showed similar results, with more patients in the nabiximols groups reporting pain relief than in the placebo groups. However, in many of these studies, the difference between the groups was not big enough to be considered statistically significant21 22 23. Another study showed that nabiximols treated chemotherapy-induced neuropathic pain better than the placebo, with 5 of 18 patients reporting significant pain relief24. Combined, these data lead researchers to believe nabiximols may be helpful for cancer pain. However, there is not a strong enough case yet for nabiximols to be clinically approved for this use.

Despite this, nabiximols is approved in Canada with some conditions: it can be used as an add-on pain reliever in adults with advanced cancer who haven’t responded to strong opioid therapy25. 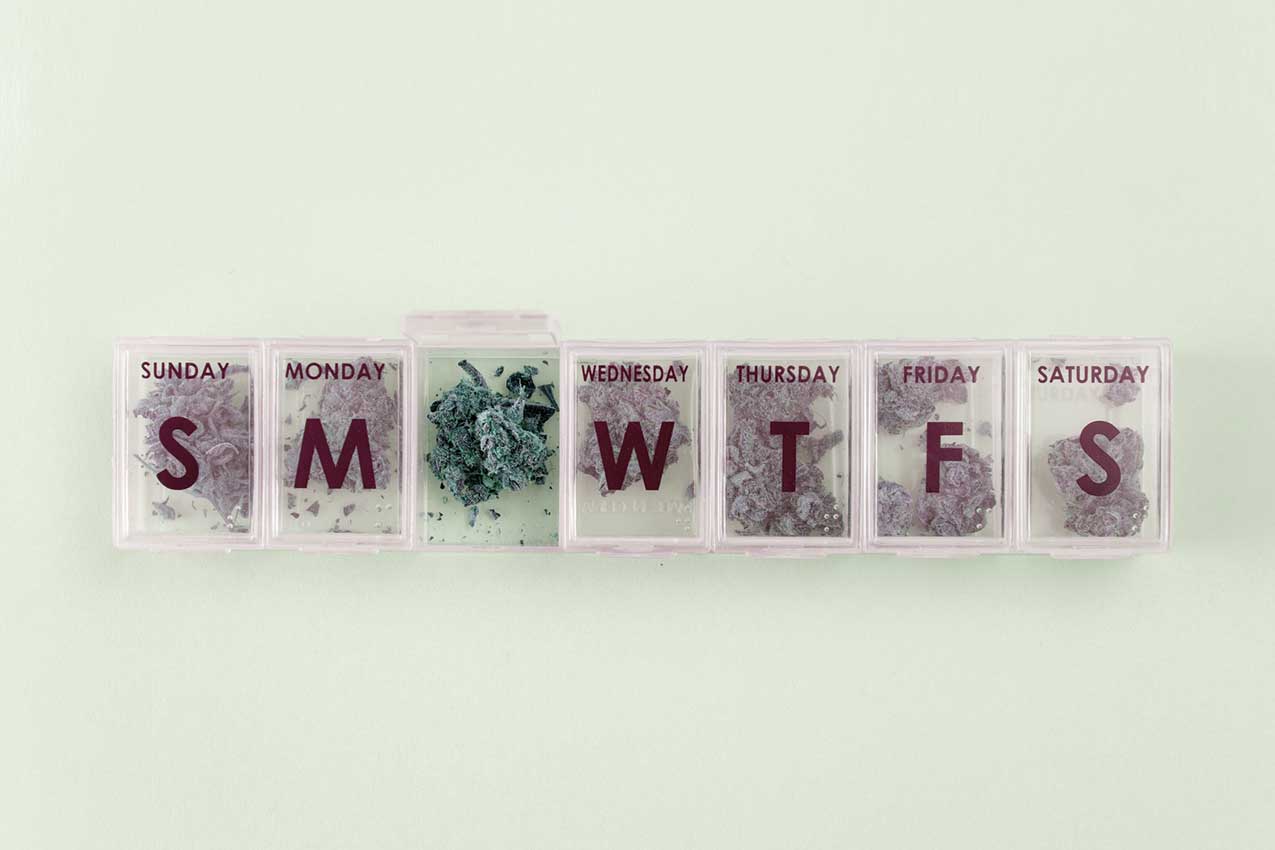 Medical Cannabis for Other Cancer-Related Symptoms: Anxiety, Depression, and Sleep

Stress,  depression, anxiety, and insomnia are also common discomforts for cancer patients26 27. Many studies have found cannabis helpful for relieving these symptoms in other conditions, but no one has yet studied it specifically for cancer patients. For example, there is evidence that cannabis-based products, particularly nabiximols, are helpful in improving short-term sleep for people who suffer from sleep apnea, fibromyalgia, chronic non-cancer pain, and multiple sclerosis28. There is also a small amount of evidence that nabilone and CBD (the main non-intoxicating component of cannabis), help reduce anxiety in healthy subjects. Taken together, these studies suggest that cannabis could relieve psychological symptoms in cancer patients. This should be studied further.

Cancer is a major cause of death and illness worldwide with nearly one in two Canadians being diagnosed with the disease. Cancer patients suffer from a variety of symptoms that include nausea, anorexia, pain, depression, anxiety and insomnia. Cannabis-based medications, such as dronabinol and nabilone, are effective for treating some cancer-related symptoms. Further clinical evidence is needed, however, to prove its effectiveness against other symptoms. A cannabis-based medication that could address multiple cancer-related symptoms would be a powerful addition to the practice of cancer treatment.

[12] Badowski ME, Yanful PK. Dronabinol oral solution in the management of anorexia and weight loss in AIDS and cancer. Therapeutics and clinical risk management. 2018;14:643-651.

[14] Badowski ME, Yanful PK. Dronabinol oral solution in the management of anorexia and weight loss in AIDS and cancer. Therapeutics and clinical risk management. 2018;14:643-651.

[17] Abrams DI. The therapeutic effects of Cannabis and cannabinoids: An update from the National Academies of Sciences, Engineering and Medicine report. Eur J Intern Med. 2018;49:7-11.

[28] Abrams DI. The therapeutic effects of Cannabis and cannabinoids: An update from the National Academies of Sciences, Engineering and Medicine report. Eur J Intern Med. 2018;49:7-11.