Using Cannabis as a Sleep Aid

From simple insomnia to chronic pain, how effective can cannabis be when it comes to getting some shut-eye?

Though scientists are still trying to understand why we sleep, what’s clear is that we need it—ask any insomniac. It’s recommended that adults get seven hours of sleep a night on average, “to avoid the health risks of chronic inadequate sleep.” But 40% of Canadians will suffer from a sleep disorder in their lifetime, and poor sleep habits aren’t always easy to bounce back from.

Sean Hayes, 34, suffers from chronic and consistent pain due to a car accident, and the pain has led to a significant case of sleep disturbance.

“I had trouble falling asleep because it became difficult to find a comfortable position. Then it was difficult to stay asleep. Then as that grew and exacerbated, I became a very sensitive sleeper, even if it wasn’t my pain that was keeping me up.”

Hayes and his wife tried everything from a king size bed with a memory foam mattress, to a noise machine and blackout blinds, but nothing was doing the trick other than over-the-counter medication, which rarely left him feeling rested.

“I sometimes feel groggy after using sleeping pills, even if I had a good night’s sleep,” he says. And Hayes worried about the habit-forming nature of the more serious medication, which turned him off ever seeking a prescription. “The answer was to hand me a big bottle of opiates. How long am I supposed to do this? I had no interest in going down that road,” he says.

That’s why he became a cannabis patient in 2015 and has been refining his process to attain a deep sleep ever since. He preferred vaporizing at first, but soon realized he needed a lot to sedate him, which made the method both costly and time-consuming. He’s since found a balance between vaporizing and ingesting cannabis oils, creating for himself a one-two punch that gets him to fall asleep and stay asleep. He feels it’s a safer option for him in the long run, and gave him the freedom to figure out what would work for him. 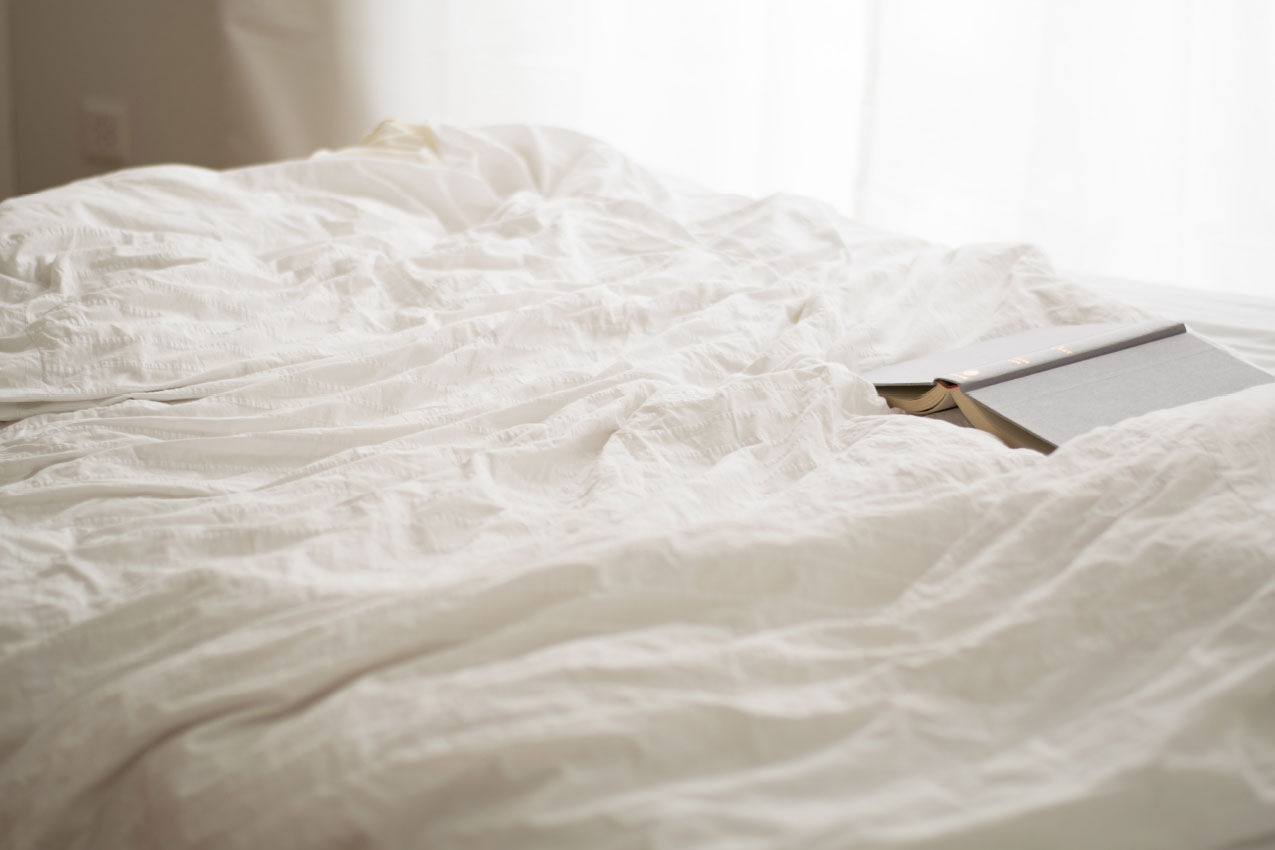 For Rachel, 30, the inability to fall asleep is due mainly to anxiety, which only worsens the cycle after many long nights of insomnia in a row. “Recently, I could not sleep to save my life,” she says, “including taking double the dose of a sleeping pill—I still was up all night. I’d never taken sleeping pills before, and I thought ‘these are going to be killer.’”

“The next night I took an edible, and it worked.”

Rachel has used cannabis and Ativan to help her sleep on and off over the last ten years during bouts of insomnia. But she prefers to ingest cannabis over a pharmacological approach because “it’s natural, it’s around the same price, if not cheaper. And it doesn’t have the habit-forming issues that can come with pills.”

She also likes that the main effect of cannabis for sleep purposes is just that—sleep. “I noticed when I would take it before bed I would fall asleep and I just wouldn’t wake up. I wouldn’t even feel the effects of being high; I would just sleep through the night.”

And for an insomniac, that’s the kind of remedy dreams are made of.